What is an App Developer? Technologies & Hiring

App developer deals with creating a mobile application. However, there are many types of apps and programmers should be hired depending on their experience in working with the selected solution. Read the full list of those technologies.

App developer deals with creating a mobile application. However, there are many types of apps, and programmers should be hired depending on their experience in working with the selected solution. Read the full list of those technologies.

What kinds of applications do app developers create?

Native applications are those that only run on a specific operating system. The market is dominated by smartphones and tablets based on iOS and Android, and apps are built mostly for them.

Features of native applications are full access to device functions (sensors, camera, microphone, or notifications and gestures), high performance (especially with 3D graphics), good offline performance, or high UX (because their appearance is consistent with the platform’s user interface).

The main disadvantage of native applications is the fact that to create an application working on both Android and iOS, you need to hire two development teams. This significantly increases the costs. You must also bear the maintenance costs of both versions of the application.

Developers of native applications use:

Developers creating apps for Android use, among others, Java, Python, and C++ languages. Those languages are also widely used for other types of software or websites’ backend. A Stack Overflow study from 2021 shows that Java is used by 35% of developers, Python by 48% and C++ by 24%. Therefore, it will be easier for you to find the right people to implement the project (the less popular Kotlin is also used - knowing it will be an asset for the developer).

Applications for Apple devices are written with the much less popular Swift and Objective-C languages. Swift knows 5% of developers and Objective-C 3%. So, when looking for people capable of writing a native iOS app, you will have access to a much smaller pool of talent.

For each of the platforms, the developer has access to programming tools that facilitate and improve work. He can also use ready-made code libraries.

Android tools are free as it is an open-source project. One of them is, for example, Android Studio, created by Google. It allows, among others, access to ready-made code fragments that allow programming the most important functionalities or to an intelligent code editor that facilitates finding bugs and to an emulator.

When creating an app for iOS, the developer may use tools such as Xcode created by Apple. It is equipped with a compiler, editor, and tools for debugging and publishing the application. Xcode also helps to create and test the user interface quickly and without writing code.

Cross-platform app properties are very similar to native, but they are created using a single code for both platforms. The code is transcribed to the languages ​​used by each platform. That’s why you don’t need to hire two development teams. You will save money and bring the product to the market faster.

On the other hand, the performance of the cross-platform app (with e.g. more advanced games or complex interfaces) will usually be lower compared to natives. Some custom modules will also be missing. UX, however, and the use of device functions will be almost similar.

The most popular software that allows the creation of cross-platform applications is:

React Native is a software created by Facebook based on JavaScript, which can be interlaced with native code if necessary to take full advantage of the device's functions. Software is easy to use, facilitates debugging, provides a smooth and fast user interface or gives access to plug-ins and libraries of ready-made codes.

Xamarin was developed by Microsoft and works with its .NET platform. It uses C# and developers may use Visual Studio, an advanced .NET tool. They can also find many functional components in the Xamarin Component Store. Apps created with Xamarin will have full access to the device’s functionalities, and the maintenance of the software will be simple.

Other cross-platforms include Flutter or Native Script.

Hybrid apps run on both iOS and Android, so you don’t need to hire two development teams. They are based on code written in HTML, CSS, and JavaScript. The same languages ​​are used to create websites, so the code can also be used for this purpose, which can be another saving.

Hybrid apps work through the mechanism of a web browser, but it is imperceptible to the user. He does not need to launch the browser, and the application is displayed on full screen. It’s possible because of WebView technology.

Access to the functions of a device is possible thanks to the use of plugins. Unfortunately, sometimes when a feature is new, the plugin has to be written by yourself, which is costly.

The disadvantages of hybrid applications are lower performance than native applications. In most cases, the difference is small, but more advanced games or other apps with higher graphics requirements run much slower.

Because of the use of a web browser, the user must be online to have access to the full functionality of the application. Only some of the previously cached content is available offline.

Developers use the following technologies:

HTML is a markup language that builds the structure of the application’s page, and JavaScript handles its dynamic and interactive elements. The elements’ style is defined by the CSS.

These technologies are known to all developers who create the websites’ front-end (that means the layer which is visible to the user, as opposed to the back-end, which concerns the server side). They are extremely popular, so it’s easier to find a developer.

Cordova is an open-source framework that helps developers to build apps. It is based on HTML, JavaScript, and CSS. Its counterpart, derived from the same project, is Adobe’s PhoneGap.

Developers could use many plugins, allowing apps to access device functions. They can also create their own plugins, which is sometimes necessary in case of problems with handling new functionalities. It also happens that the plugin code has to be modified or repaired, and it takes a lot of time to find the right one.

The framework is easy to learn and has a large community that can help the developer. He can also use many libraries containing ready-made code fragments.

Ionic is a framework that has gained a lot of popularity nowadays. It provides access to the AngularJS JavaScript framework, which is one of the most used solutions of this type. It is also possible to use Cordova plugins to access device functions, such as cameras, sensors, or push notifications.

The framework is based on the Model-View-Controller architectural pattern, which is used to create the user interface. This accelerates the development process and allows for a clearer organization of complex applications. The interfaces are effective and look similar to those from native applications.

PWA technology allows the combining of the functionalities of mobile applications and websites. Apps can be downloaded from the Play store or Apple Store and installed on a smartphone/tablet, but also be used with a computer.

There is no need to manage content separately for the application and website. Everything is done from one CMS panel. The PWA interface is close to the device interface. PWA apps also have higher performance than responsive websites.

Creating them is relatively inexpensive (especially since you don’t have to create a website separately). Users do not need to update the application, as they always see its latest version because of downloading data online. PWAs allow access to many device functions, such as cameras or push notifications (although usually not all functions).

They can also run offline. If a user’s smartphone or tablet is connected to the internet, content is buffered. When the device is outside the network coverage, data are loaded from the cache. This is possible thanks to the Service Worker mechanism. Apps also work more smoother than websites.

The technologies used to create PWA are:

Web applications are often not considered mobile applications. This is because they are, in essence, responsive web pages accessible through the device’s browser. Therefore, they fully depend on it, and their performance is lower than other types of apps.

Web apps cannot be downloaded or installed from Play or App Store. They also work only online (just the part of the content is cached). The same technologies are used to create them for building websites. Therefore, they are often not treated as “full-fledged” mobile applications.

Among the mentioned types of mobile apps, it is difficult to choose the best one. The solution should be selected according to the specifics of the project. Weigh all the pros and cons, keeping in mind users’ needs, your budget, and the time you want to launch the product.

When hiring the right specialists for the development team, check if they know the proper technologies needed to create a specific type of application. Of course, it is not possible for a programmer to specialize in all of them - they usually have their favorite solution. Assess whether it suits you, and on that basis, chose the best candidate.

You are not sure what kind of application you need? Rely on our professional advice based on many years of experience. We can also fully implement the development of the app or hire experienced specialists to join your team.

Contact us, and we will offer you a solution perfectly suited to your needs! 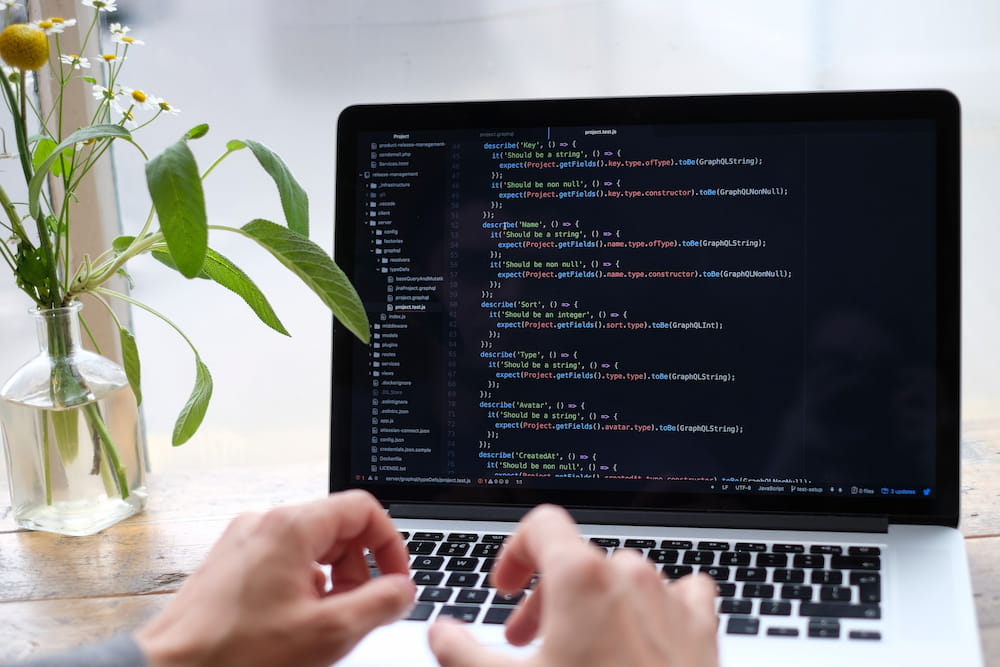 What is an App Developer? Technologies & Hiring

App developer deals with creating a mobile application. However, there are many types of apps and programmers should be hired depending on their experience in working with the selected solution. Read the full list of those technologies.