Advanon is a leading online factoring provider in Switzerland. At Advanon we developed multiple versions on their credit models and the technology supporting the operational work of applying these in the business processes.

We help our clients to set up their very own nearshore development center with engineers 100% dedicated to their specific project. The teams are hired by us and work from our offices, but are considered as employees of our clients. In other words, a turn-key solution for expanding your IT-team. 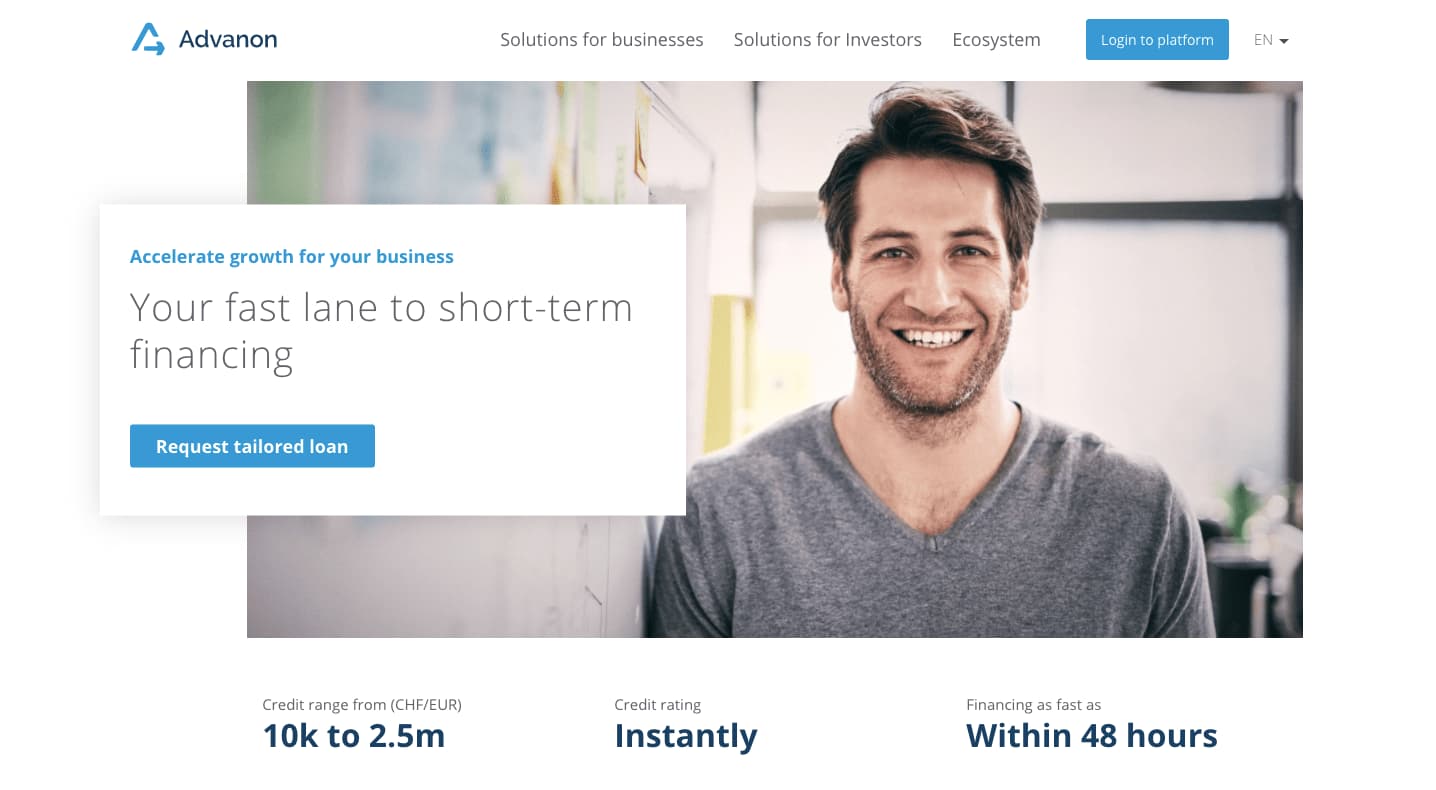 It was important for the founding team of 3 ex-Googlers to get a product launched that they would start testing with live customers as simultaneously, they were raising a financing round from the top VCs in Switzerland. Therefore, the goal was to launch a minimum viable product as soon as possible to be able to have something to showcase and to start gathering initial customer feedback.

The development of the first version of the credit management system was a balance act between how much data to request the client to fill in and how much could be added manually by the credit officers in the back. Building advanced API integrations was out of the question as the clients only cared about getting the cash their businesses needed. The initial platform was build using Ruby on Rails the initial scoring model was done in Excel. Yes, you read right, an Excel spreadsheet. Why? Well, there was no time to build something more scalable. Also, as the iterations were many in the early days, it was just easier to do it in a format that allowed for a larger part of the team to work on it. As there was no data to base the model on, it had to be expert based. To ensure that the expert based model was done well, an advisor with +20 years of credit risk experience from trade financing (Glencore & Goldman Sachs) and development financing (European Development Bank) was brought in and supported in the project.

As the company got solid traction quickly, the initial version was quickly outgrown and a more scalable system had to be put in place.

The next phase was to build a model and a system that could be scaled up for thousands of invoices being financed each day. As a good variety of data points had been collected from many customers at this time, the model could be based on actual data. To build it, further expertise was added to the team, this time in the form of a Senior Data Scientist coming from Risk Solution Network - the organisation building the credit models for multiple of the Swiss banks. In rough terms, the structure was done in three steps: 1) A traffic light rating checking if the data provided could be processed in the model as is or if was to be manually reviewed, 2) a segmentation framework putting the client into the right segment of companies, and 3) a model adapted to the different segment of companies.

To make it all scalable, a solid system had to be build to handle the ongoing operations. This system involved everything from API connections to credit rating bureaus and accounting systems, PDF scraping tools for scalable handling of financial statements that were uploaded, a debt servicing management system, a cash transaction system for Switzerland, a system allowing for opening of bank accounts at Wirecard Bank (similar to what N26 started with), etc. To say the least, the work was massive and challenging, but very rewarding for the team participating!

Along side of building a scalable system, we started experimenting with state of the art technology to create a model that would separate the company from the competition. The groundwork had already been laid when the MVP was build, by ensuring that a solid database with a wide variety of data points was being built from the very start.

This part was done in collaboration with some of Switzerland's leading research institutes, ETH and HSLU. The work was focused on applying machine learning models to improve default prediction. The techniques being used was a Gradient Tree-Boosted Tobit Model. In case you are interested, you can read the scientific paper produced here.

Working with Advanon was a great experience and we're happy that we got to see the development from a Minimum Viable Product to a solution exploring the forefront of what technology can do.

Codepole helped with the launch of our current platform. Implemented features and products enabled us to rapidly scale our existing Swedish business and expand to new markets.

Codepole managed to provide me with top quality candidates in short period of time. Their support and hands-on approach throughout the recruitment process were invaluable.
‍